An investigation of the third, fourth, fifth… and all eleven dimensions, this video work was created specifically for Double Vision’s use of audience interaction to control the speed, progression, and accumulation of dance phrases of the performers.

As the audience enters the installation, they will find themselves moving through a maze of hanging scrim, multi-source video projection and sound. Willingly, or not, their own bodies become participants as light and shadows create overlays echoed throughout the space. Sharing the space with the audience are three dancers. The audience is invited to place instructive signs upon the dancers, dictating their movements. Through this simple interaction, the audience plays an active role in directing the course of the event.

The video, following the dancers lead, also moves backwards and forwards in time. Stacked imagery moves at different speeds, at times pausing, reversing, or speeding ahead. Overlays of text and graphics refer to the many dimensions of space and time that exist beyond the 4th dimension of time itself. 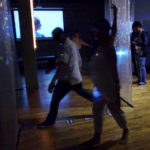 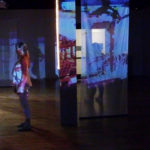 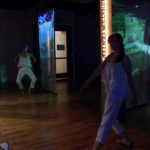 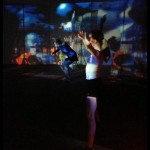 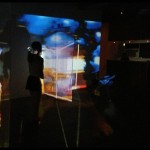 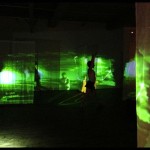 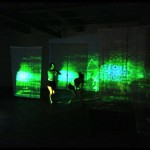 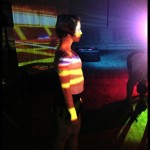 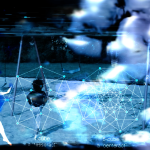