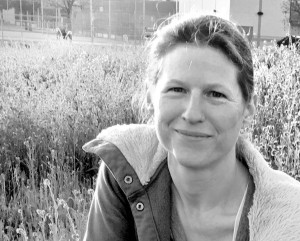 Jessica Gomula-Kruzic is subversive. In her artwork, she playfully introduces ideas. As a viewer, you follow her logic and new notions are revealed. She subtly encourages participation and you naturally join in. Here a new performer is created, as you change from observer to participant. As an educator, Jessica Gomula-Kruzic encourages you to ask questions. As an artist, she asks her own questions—they are subversive, and you want in.

Her work explores societal constraints with a visual style that places viewers in the midst of her questioning as active participants. Core elements to Gomula-Kruzic’s style include a dynamic, shifting nature that feels responsive to the environment, accompanied by a whimsical critique of modern American culture and social norms. Visually, her work is colorful, corporeal, and constantly changing. Socially, her work explores gender politics, sexuality, and societal taboos.

In her art, Gomula-Kruzic explores the nature of the physical body and societal constraints with an enveloping visual style that places the viewer in the action—frequently as a complicit participant. Gomula-Kruzic turns the audience into her partner—to see her work is to travel within her world, and to share the stage with her fellow collaborators.